The Bhawanipur Basketball Neophytes Championship officially commenced on the 18th of July which was a Monday. Day 1 and Day 2 of the tournament were knock-out rounds. The first day of the tournament started off with four matches between eight of the participating teams. The matches were received with much enthusiasm from the viewers as well as the players. Four winning teams emerged at the end of Day 1. Day 2 had two matches in store for the viewers between four teams and two winning teams emerged. 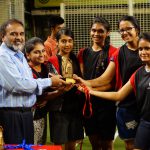 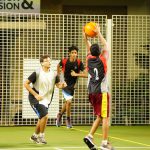 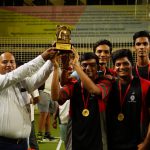 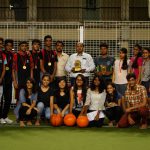 Day 3 witnessed three matches in store among the six teams that emerged winners on Day 1 and Day 2. The fourth day of the tournament marked the beginning of the semi-final rounds. The first round was held between two of the losing teams with the highest points. The second round was played between the winners of the first round and one of the highest scoring teams of the tournament. The third round of the semi-finals was played between two of the teams who won the matches on Day 3. The final match of the tournament was played on 23rd of July, 2016 which was on Saturday between two boys team and two girls team. The captains of the boys team were Naman Bajaj and Ankit Patel. The captains of the girls team were Bushra Khan and Simran Mahansaria. Among the boys the match was won by Naman Bajaj’s team and among the girls the match was won by Bushra Khan’s team who emerged as the ultimate winners of the tournament. The tournament was an enjoyable experience for the Neophytes and provided them an opportunity to bond with the seniors as well as other students from different departments

The tournament was coordinated by Soumya Kapur and Kreeti Pradhan. The other volunteers include Alisha Kujur, Gitashri Talukdar, Mayank Giria, Maitreyee Bose and Garima Upadhyay. The Trophies were given away by Prof. Dilip Shah and Prof. Divyesh Shah respectively.