On 24th September at about 5:30pm, The Bhawanipur Education Society College organised ‘DHAMAAL’ after a gap of 2 years. The evening started with the chanting of Ganesh Vandana in Sanskrit which was followed by a very interesting performance by the students ‘Dhunuchi Dance’. About 20 students along with Prof. Minakshi Chaturvedi took part in the traditional bengali attire. The entire dance was dedicated to Maa Durga. Soon after the Aarti was offered to the goddess by the college management, faculty members and students. 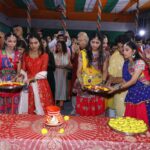 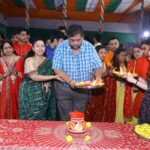 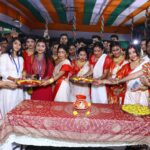 Representing the management were Mrs. and Mr. Miraj Shah, Mrs. and Mr. Pradip Seth, Mrs. and Mr. Umesh Thacker, Nalini Ben, Bulbul Bhai Shah and Jeetu Bhai Shah. Present on the occasion were Prof. Dilip Shah, Prof. Minakshi Chaturvedi, Dr. Vasundhara Mishra, Prof Divya P Udeshi, Prof Vivek Patwari, Prof Ankit Patwari, Prof Karan Vora, Rupesh Gandhi and other faculty members. After the Aarti a demonstration garba dandiya dance was performed by the gujarati students. This was followed by open garba ground and then dandiya rounds respectively. The crowd was huge, and the turf could not accommodate all the participants. Hence the surrounding areas of turf was also filled with enthusiastic dancers dancing on the beats of traditional folk songs by troupe Alpesh Dave and Manish Dave. 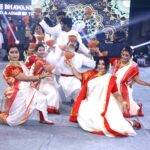 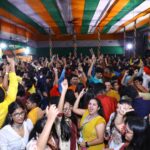 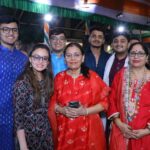 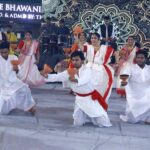 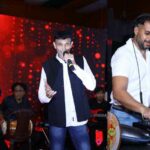 Finally, there was a brief DJ round by DJ Dhruv, which encouraged the entire crowd who could not have participated in the traditional Garba Dandiya round otherwise. The entire crowd of about 800, were dressed in colorful traditional attire just as the college premises were also decorated with colorful ribbons, glitters, and selfie point. In the last COCs were announced 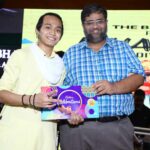 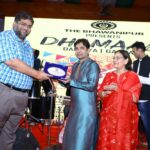 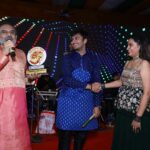 All the winners were awarded with trophies. The programme ended at 9:30pm after which students enjoyed delicious delicacy in the college canteen before departing.