Industrial visit is considered as one of the tactical methods of teaching. The main reason behind this is that- it lets the student know things practically through interaction, working methods, and employment practices.

One day Industrial visit at “Holiday Inn Hotel” was done by the B.com, second and sixth semester students on 21st May 2022. A Hotel belonging to the IHG Group, located near Netaji Subhash Chandra International Airport, and just 10 minutes’ drive from the IT Hub of Rajarhat, New Town and major Tourist attractions of Kolkata – Eco Park and Mother’s Wax Museum.

The main objective of the tour was to familiarize students with the real-life scenario of the industry working environment and to provide practical exposure. Such visits really added up to the little knowledge of the students and everyone wished for this to happen time and again to seek some exposure and motivation. We are thankful to our Dean  Prof. Dilip Shah and our Coordinator of Morning Dept. Prof. Minakshi Chaturvedi for arranging such a visit. This was a great experience for the students and a wonderful learning about the systems followed in hotels belonging to the chains like IHG. 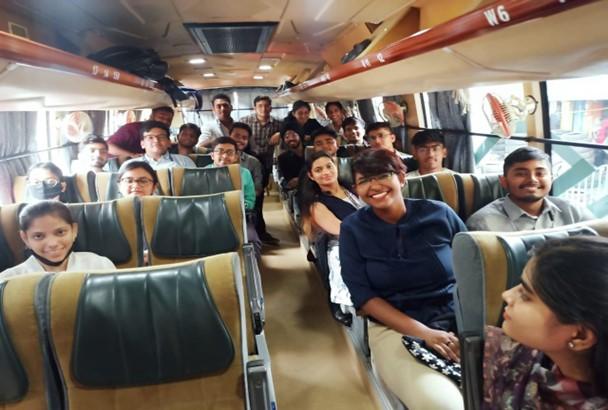 The industrial visit was witnessed by 22 students of the B.com Department, who were accompanied by the faculty Mr. Chandan Jha and Miss. Uzma Khan. All the students were very excited and left the campus on 21st May 2022 at 9:45 am by bus and during the journey itself the students were divided into 4 groups and were allotted one department of the Hotel on which they had to prepare a report after their visit. 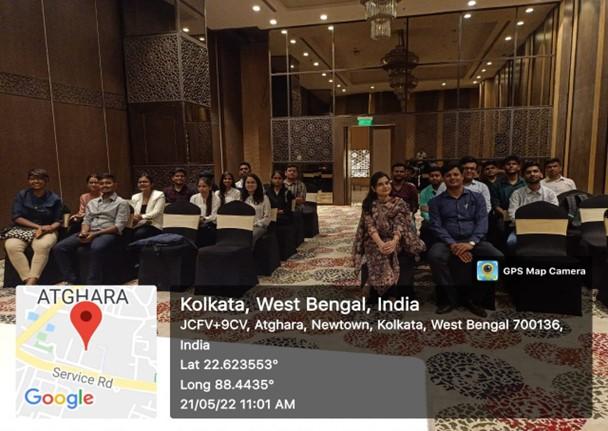 On arrival at the Hotel at around 11am the team received warm greetings from the hotel authority. The L & D Manager, Mr. Souvik Rakshit of the Hotel welcomed them. An introduction session was held between the L & D Manager and the students to ease the relationship between students and authority.

During this session Students were also given an in-depth idea about the different departments of the Hotel and their working. After the First session with the L & D Manager was over, students were taken to the various departments (Banquets, conference rooms, kitchen, rooms, infinity pool) of the Hotel where students got a practical exposure.

After the 2nd session got over the team was served lunch and we departed from there.

While moving around the Hotel the students made observations and simultaneously prepared the report on different departments that was allotted to them.

Kitchen:
The kitchen dept. was noticed to be divided into the main cooking area and storage area and for using inventory they followed the FIFO basis. They had a total of 35 chefs and 115 helping staff. The main objective of kitchen dept. is to minimize the wastage and cost and serve the best quality food. They prioritize the presentation of food first and they quoted “people eat with their eyes first”.

A coffee shop or the social kitchen and an infinity pool on the terrace.

Based on the answer received 1 housekeeper is responsible for cleaning 12 – 15 rooms per day. He is accompanied by 2-3 assistants. Each housekeeper is supposed to keep a track of the checked out rooms on the basis of the response from the software Opera. There is a standard operating procedure which provides guidelines regarding hours bedsheets, pillow covers, etc. If a customer takes something home they have a security check they tend to blacklist the customer in all HIG Group models.

Infrastructure:
The hotel did not reveal the cost of maintenance in particular but they said the cost is too high considering all the costs such as electricity, staff salary etc. The hotel has 115 staff including chefs, housekeeping, security guards and front desk staff and they have 137 rooms. They have software to maintain inventory and data of guests. The hotel has all the safety measures and they also have an assembly point in case of fire.

They have parking space of 20- 25 cars and they take nearby places such as City Centre 2 on rent as per the need. They have a social kitchen, urban kitchen and bar and they also have different themes at different times. They have 2 board meeting rooms (Senate 1 and 2), 3 banquets with combined capacity of 600 and they also have a large banquet hall named Durbaar with capacity 1000-1500.

HR:
While talking to the employee, students found out that they were not satisfied with their job because they suggested them not to choose their profession, maybe because of the high workload or improper incentive system. Asking about the recruitment process we got to know that firstly the L & D manager himself interviews the candidates followed by the HR manager. So it’s a good selection process. It was also seen that the dress code of the employee matters a lot in this Industry.

Glimpse of the visit in different portions of the Hotel: 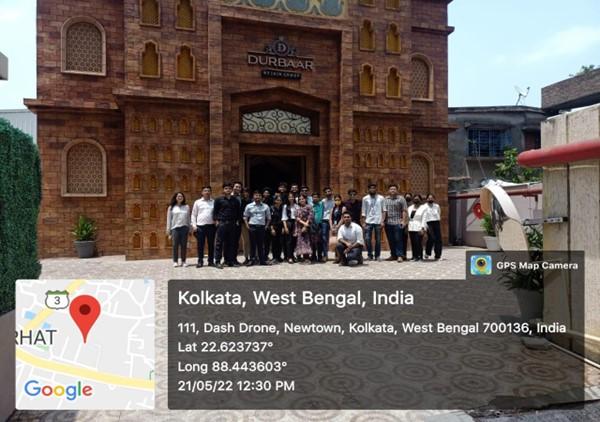 Students outside the Durbaar Banquet 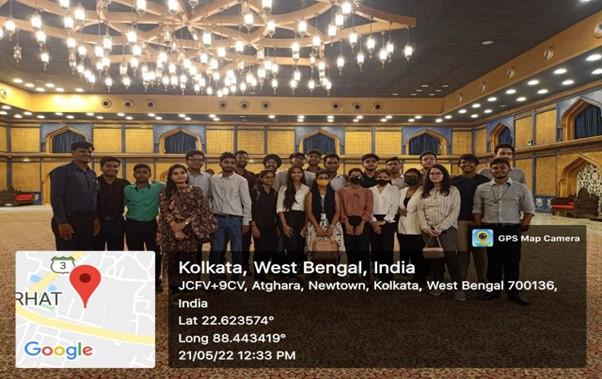 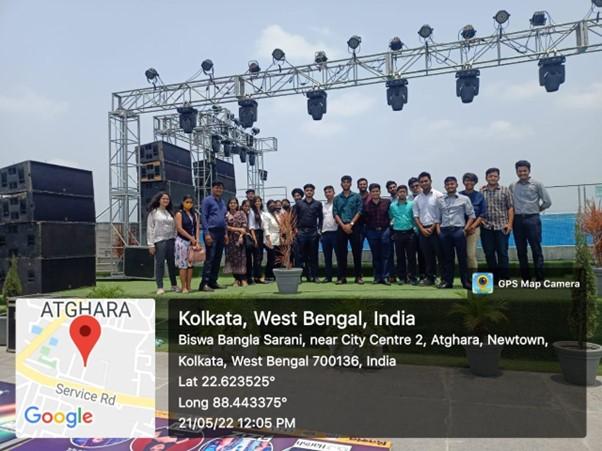 Students with faculties at the Infinity pool. 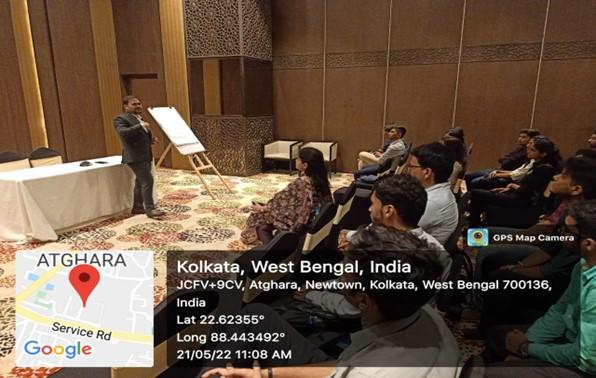 Students and Faculties along with the L&D Manager at the end of the session. 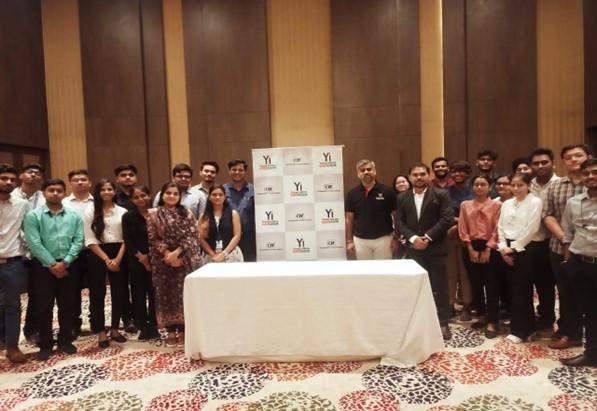