One of the most scaring obsessions that is afflicting the society is an all-pervasive digital dependence. While the old are matured enough to understand the way they are being sucked into a black hole of no return, for the young, unconcerned and unaware of the flip side, the fixation is acquiring manic proportions, often with disastrous consequences. The average student for example, is now hooked to their smartphones, often using them as an extension of their personas, living in a virtual world and avoiding real-life interactions with all the attendant maladies. Attention spans have fallen drastically, inter-personal skills remain unformed and while the digital world showers on them an abundance of information, it is also leading in its wake, to an abject lack of knowledge, the ability of putting such information in context. 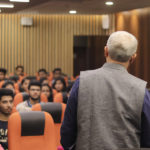 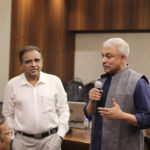 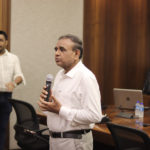 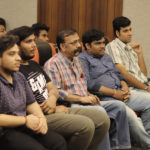 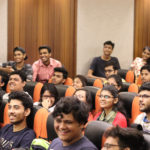 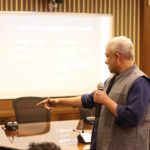 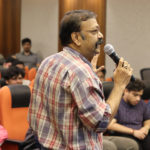 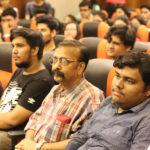 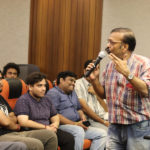 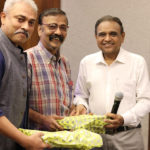 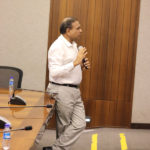 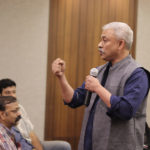 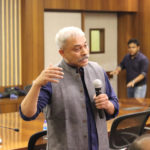 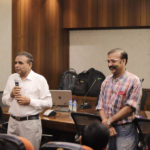 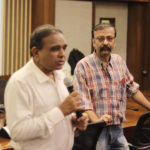 The Bhawanipur Education Society College (BESC) too is worried about the way this all-pervasive and omnipotent digital phenomenon and realises that the dissemination of information is the best way of creating awareness about the dark side of the net. The Seminar on Digital Detoxification was but a part of this effort of the college.

Josraj Arakkal, Consultant Marketing of the ITM Business School, and an acknowledged expert in the subject flew down from Mumbai to discuss, highlight and sensitise the students about the dangers that they are being exposed to unwittingly. He took the three hundred odd students who had gathered to attend the seminar through the various related aspects and underscored the ways of setting up their own detoxification regimes so that they may reduce, if not do away with their dependence on all things digital.

Chawm Ganguly took the microphone next to explain, literally from A to Z, the various ailments – both physical and psychological – that have come into being due to society’s mindless and unrestricted dependence on everything that is dished out digitally. Most of the terms that he presented were unknown to the audience due to them being coined very recently, which he explained in a lucid and easy to comprehend manner. He was able to communicate the gravity of the situation, refurbishing his statements with facts and figures and had the attention of the audience, which for once, did not dare to sneak a peek in their hand-held devices.

Prof Dilip Shah, the dean of student affairs of the college, felicitated the speakers, summing up in his inimitable way the key take-away’s from the talks and urged the students to pay heed before the devices rob what can certainly be the best days of their lives.

(This report has been filed by Nikita Shah along camera person S Mishraof the Expressions Collective of the BESC.)