The event couldn’t have been named better. For, Potpourri literally means a mixture of dried petals

and spices placed in a bowl to perfume a room. The “dried petals” were indeed there – in the form

of slapsticks that didn’t take off and the applause that was supposed to be, but at times, wasn’t.

There were enough speakers to “spice” things up, too. However, the “perfume” – the sweet smell of

happiness, the aroma of jokes cracked, the fragrance of restrained humour – was there in big

The date was perfect – April 1 st , the All Fools Day and BESC students gathered in their favourite

haunt – ReFuel, the BESC canteen, to celebrate and put a seal of Official Approval on the ritual of

pranking. There were no set rules – a free for all, if you may – and it was a challenge to wean the

audience’s attention away from the fizzy drinks and the nibbles, that too with jokes which are

already there in someone’s what’s app or the other’s. The PJ’s flew thick and fast, interspersed with

gems that had the gathering in splits, while those busy on their handheld’s only ROFL-ed.

The 9 member Kolkatta Komedians (nothing to do with the KKR owner’s celebrated K-K- K-K- Kiran),

were literally a Klass apart, their fusillade of funny stuff being a riot of epic proportions. It takes raw

talent to stand among a canteen-full of students, in their den that is, crack jokes – often aimed at

them – and then walk out with full honours, life, limbs and reputation intact. Viewed from this point,

the Kolkatta Komedians were a huge hit, for not only did they do a Veni and a Vidi, but also did a 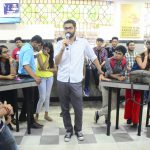 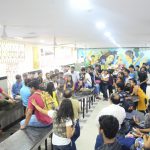 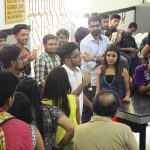 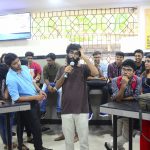 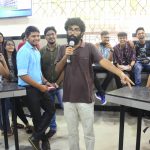 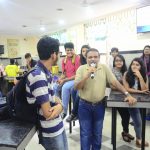 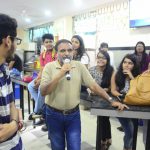 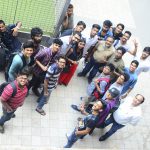 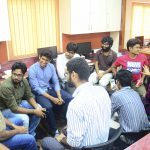 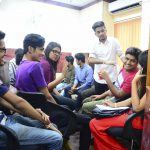 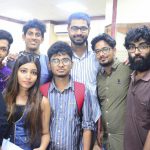 Prof Dilip Shah, the Dean of Student Affairs of BESC, lauded the effort of the organisers,

congratulated the performers and prescribed a generous dose of laughter, the best medicine, for the

total wellness of being.