After the successful completion of Be-ites Futsal Championship at the college turf, the college organised BBT i.e. BE-ites Badminton Tournament, a BESC intra college doubles, mix doubles and girls team badminton tournament. Inauguration of BBT was held on 23rd of April 2016. The tournament continued for 10 days involving 36 teams. Altogether 30 matches were played in this event that involved about 100 students.

In the Knockout round each game was of 7 points that was increased to 11 points in Selection round, 15 points in Quarter finals and Semi finals and finally 21 points in the Grand Finale.

Chairman of the college Sri Champaklal Doshi, Dean of the student’s Affairs Prof. Dilip Shah, Mrs. Naliniben Parekh graced the occasion and felicitated the winning team and runners up with the trophies as a token of appreciation. 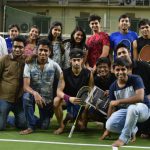 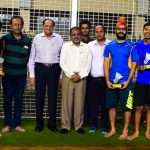 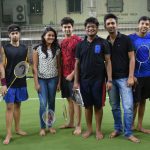 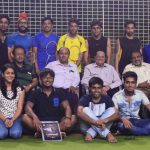 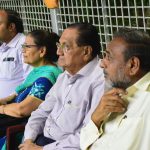 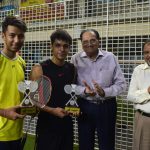 The whole event was coordinated under the guidance of Prof. Divyesh Shah, students coordinators and volunteers.

Runners up were Simranjeet singh and utkarsh parasampuria (18 points)

Congratulations to everyone for taking part in the tournament exhibiting sporting spirit.