On 8th March 2016 the third meeting of Bhawanipur Entrepreneurship & Start up Training (BEST) was held at the College premises. Students in large numbers actively participated in this session on Entrepreneurship and valuation.

The session began with Prof. Dilip Shah sharing some vital information, followed by Mr. Ravi Ranjan the senior associate of NASSCOM – 10000 startups joined the gathering and being the main speaker of the morning extensively gave innumerable examples of startups and how they have succeeded. He referred to a startup venture by Mr. Saksham Karwal who was present in the audience and who explained the ups and downs of start up. 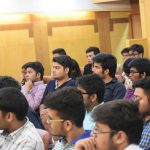 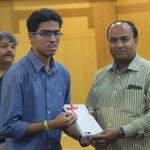 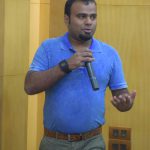 Mr. Ravi Ranjan was both inspiring as well as cautious in his entire talk so that the youth not only get enraptured by the glamour of a startup but is also prepared to take on the rough weather. He spoke about the initiatives by NASSCOM and said that anyone could take benefit of the facilities and expertise provided by them for their own benefit.

Another Startup present was ‘Arch-The Way’ initiated by Mr.Nikhil Bajoria along with his friends who are alumni of the college and have succeeded with their venture. The two of them detailed their journey of the last two years and explained how hard work and valuable mentorship is in assisting them in inscripting a success story.

Followed by was the Startup ‘Rare Planet’ an eight-month old startup founded by Mr.Ranodeep Saha, who is only 19 years old spoke about his venture and the encouraging results that he had witnessed in such a short span.

The seminar ended with Mr. Ravi Ranjan handing over diploma certificates to the Commerce+ students and mementoes given to the speakers. The aim of BEST is to bring together enthusiastic students & faculty to share ideas, form teams, build products, and, most importantly, launch startups thus propelling them to take their idea to the next stage.