The Second Session of Digital Marketing took place from 16th September to 20th September. Mr. Pramod Maloo, on the first day with his new batch, taught the importance of AUTHORITY and RELEVANCY along with relevant examples to make sure that the students were clear with their concepts.

On the second day of the digital marketing workshop Mr. Pramod Maloo taught his students the importance of Google Ad words. He taught how to create the campaign through Google Ad words. He further explained the importance of ad words in a website. He made his students aware of terms like Meta keywords, some important keywords and some java scripts which are important while making a website. He further said that to make a website big, one has to create a lot of traffic. He further discussed the goal of big websites like GOOGLE.COM and how they have two goals: (A) profit maximization (B) to provide maximum information to their users

On third day of the workshop he focused on SMO (Social Media Optimization) where he discussed the vitality of advertisement on Facebook and Twitter. According to Mr. Pramod Maloo these social media platforms can help the seller filter at a very high level and thus we can reach our targeted customer at a faster and relevant speed. He said that what work television, newspaper and radio have done in decades, social media sites have done in the time span of some years. So this is the fastest way to advertise.

On the fourth day he taught the importance of E-COMMERCE. Here he taught the broad categories of e-commerce i.e. e-retailing and e-marketing. He taught how we can sit back at home can actually sell our products throughout the world. We can even create an online website where we can sell our products. He taught the difference between the e-retailing and e-commerce. He showed his students the backside and the front side of a website.

This is how Mr. Pramod Maloo helped his students to clear the concept about the new era of marketing i.e. Digital marketing. According to him in coming years INTERNET will be like oxygen without it people cannot survive and has perhaps proved to be one of the fastest mode of communication. He himself deals with many online projects everyday and is ready to hire the person who owns good writing skills as Content writer. He is a reputed CEO of KREATIVE MACHINEZ and has started his firm with two people only some years back but today his team consist of not more than 100+ members and he deals in with 18+ countries. Being an ex-student of The Bhawanipur Education Gujarati College Society he said he always wanted to give back to his college. This is how he helped the students of his college by not only giving them workshops but also recruiting them to his company. 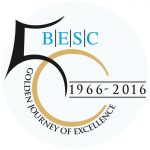