‘The  Bhawanipur Education Society College’ celebrated the power of literature on 18th of November in the form of a Student’s meet – ‘Communiqué where myriad imaginative and creative souls hailing from J.D.Birla Institute , Shri Shikshayatan College, Ashutosh College, The Vivekananda College, The IBS , Department of Law, Calcutta University, Jadavpur University, Goenka College and  The Bhawanipur Education Society Collegewere given the golden opportunity to socially showcase  their unique creative linguistic ,oratory and writing skills . The annual literary fest started off at 9:00 a.m. at the Concept Hall with a heart warming welcome address presented by The Dean of Student Affairs of BESC -Prof. Dilip Shah .This was followed up by splendid speecheby The Director General Prof.Dr. Suman Mukerjee and the Fest declared open by the Chairman, Shri Champaklal Doshi. 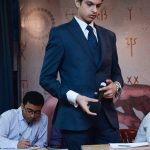 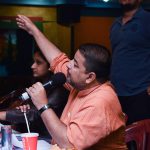 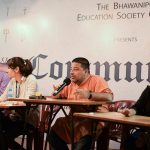 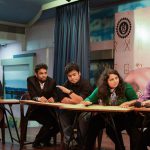 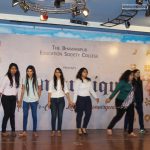 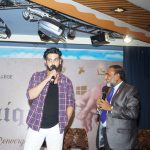 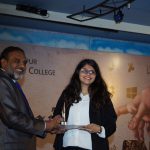 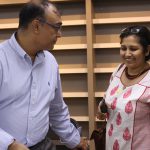 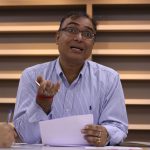 The inaugural ceremony marked the beginning of the first event of this daylong literary fest- ‘I am ice breaker’ which was a comical introductory session of the participants (winners: Jadavpur University, 1st Runner ups: Shri Shikshayatan College). In an attempt to glorify the art the conversation many exemplary events were organised at various venues of the college premises. One of such interesting events – ‘Sansad se Sadak tak’ (Model Indian Parliament) was organised at G1 which comprised of 15 participants, representing various Political Parties wherein participants were marked upon policy and general research, case studies and citations, speech and argumentativeness and relevance to the current context (Winners and First runner ups BESC). Another such event’ Adda’ was organised at the Valia Hall. This event was a group discussion where each college was represented by one participant. The main aim of this event was enhancement of the argumentative skills and critical analysis of students. The main topics of this discussion were the varied effects of demonetization (winners BESC).

A noteworthy event – Wordsworth (The Word Inspector) was organised at G1 at 3:30 p.m.  This event comprised of two rounds where each college was represented by two participants wherein they were shown a series of pictures in a rapid fire style and each college had to answer as many pictures they could in a    single minute (winners : JDBI B.com , 1st Runner ups : BESC). Another such event Reportage (Live Reporting) was organised at Valia Hall at 1:30 p.m. where each college was represented by a maximum of two participants –one playing the role of reporter and another playing the role of a cameraman. Participants were shown a three minute clip on recent events of national and international importance, on which they had to report on spot. JDBI (BBA) with their splendid matter, manner and method emerged as the winners and first runner ups.