“Knowledge opens the door to opportunity, achievement, success and wealth.”

Seminars are vital parts of a student’s life and an innovative step toward modern education. They are not only platforms to learn new things but to also share fresh ideas and information.

To bridge the gap and equip the students of the current generation with a proper flow of knowledge, The Department of Business Administration of The Bhawanipur Education Society College organised ‘Kaleidoscope’, a seminar on ‘Resurgence of Bengal’ on the morning of 7th May 2022 with some of the city’s most eminent speakers.

The seminar commenced with the inauguration of the event by the lighting of the lamp as a tribute to the Divine.

After that, the emcees Devesh Sharma and Adiba Khan, along with Chayan Dassani and Zarafshan Sultana, introduced the panellists. The panellists were then felicitated for their gracious presence.

Five eminent panellists spoke on the ‘Resurgence of Bengal’ and how they see Bengal’s future.

Professor Dr. Suman Kumar Mukerjee, Director General of The Bhawanipur Education Society College, was the discussion’s moderator. He is a fellow of the All-India Management Association, Environmental Fellow of the USAEP (under USAID), he won the Mother Teresa award in 2014 in the Field of Education and is a member of the Indo British Scholars Association.

The seminar started with a brief note on the ‘Resurgence of Bengal.’ 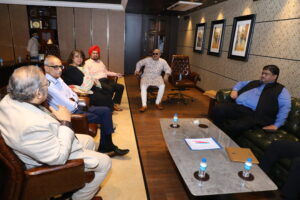 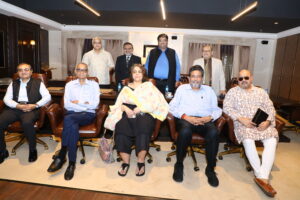 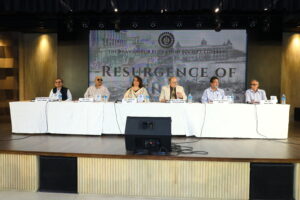 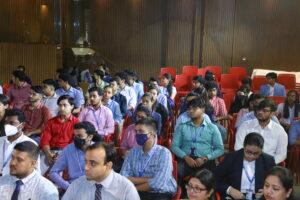 He discussed how a prism is different from a Kaleidoscope. He discussed the future of West Bengal by stating its strengths, such as the MSME sector. Then he shifted the focus to the heavy industries that require improvement. Moreover, he discussed how Bengal was a cultural politically and economically changing and following the strategies of the Mackenzie model.

Mr Harshavardhan Neotia, Chairman of The Ambuja Neotia Group, was the first to speak. He began optimistically by saying that if we looked at the state of Bengal decades ago, we should also look at what has happened in Bengal in the last few years and that the situation is improving, but, it might be better. He stated that there had been a remarkable change in infrastructure. We should focus on our strength, the creative economy because Kolkata can be easily presented as the creative intellectual economy of India.

The next panellist was Mr. Atri Bhattacharya, IAS, and Additional Chief Secretary of Government of West Bengal.

His speech had quite a bit of humorous elements as he spoke about his personal experiences. He shared information like Bengal not being in the top six of the HDI index, the blue and orange economy and how Bengal has crossed the inflexion point. He said, ‘Culture is a driver for economic development.’ 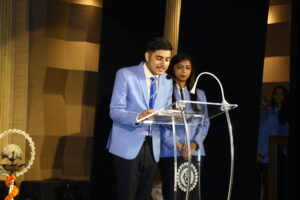 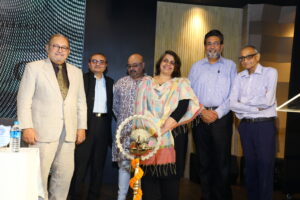 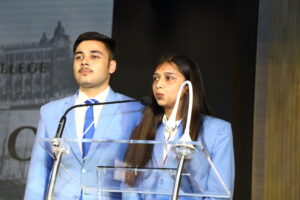 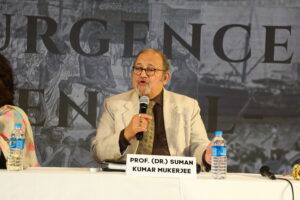 He mentioned the positives that the income disparity has lowered and the government should focus on infrastructure and governance. West Bengal has efficient educational institutions, a dense population, fertile agricultural lands, a big market, and a proper focus on these factors can move Bengal in a positive direction.

Ms Shailja Mehta was the third panellist to speak. She is the president of the Calcutta Chamber of Commerce. She started by saying that Bengal has a lot going for it and we need to concentrate on our core talent because if we focus on what we are good at, we can give back to Bengal.

The fourth panellist, Dr GD Gautama, IAS (Retd.) and Chairman of Bhartiya Vidya Bhavan, Calcutta Kendra, shared a few of his life instances, he has observed that Indian people are always expected to be intelligent. Through these discussions, he made people realise that we should not underestimate the value of resources and if we market our strengths, it will eventually lead to growth.

Dr Shiladitya Chatterjee, IAS (Retd.) and Advisor to the Government of Assam, being the fifth panellist discussed his research on the economic revival of Bengal: possibilities and prospects. He threw light on the topic with his detailed presentation, which started with how Bengal has a comparative decline in average state GDP growth rate and the high poverty rate, which has been improved. Starting from the Partition of Bengal, comparatively poor human development, a public debt overhang to agricultural growth plateaued and poor industrial relations, he discussed the factors that have room for improvement. 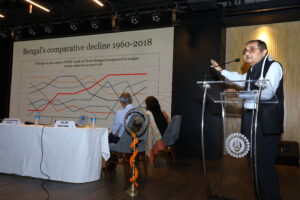 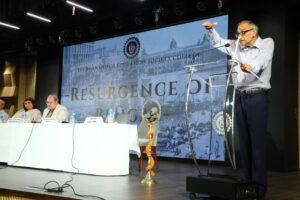 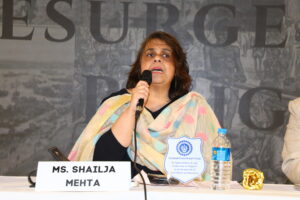 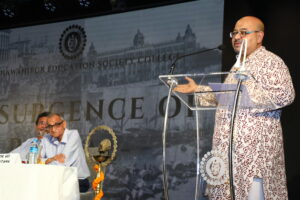 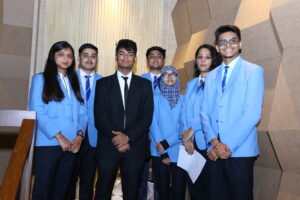 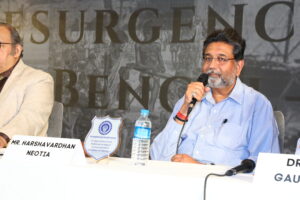 The panellists then concluded the discussion. Prof. Dilip Shah, the Dean of Student Affairs of The Bhawanipur Education Society College, contributed his thoughts on the subject and encouraged the audience to add their share of efforts to make Bengal grow.

The audience benefited equally from the discussion, as it is important to know such problems in today’s world.

Dr Tridib Sengupta, Coordinator of The Business Administration Department of The Bhawanipur Education Society College, gave a vote of thanks to all the dignitaries for their graceful presence.

The seminar was a massive success due to the unending efforts of Prof. Kaushik Banerjee, the Event Management Teacher – Coordinator and the event organisers with the event management team, who worked equally hard to make the event memorable.