Placement Hall, November 11th, 2019. The Bhawanipur Education Society College (BESC) has earned for itself as a name for inculcating in its students a unique “never say die” attitude that makes them highly sought-after in industries that look for go-getters with an air of quiet confidence around them. BESC students, who get a thorough grinding in a number of areas outside the world of immediate academics are held in high esteem by HR departments across the board and naturally, it is one campus where, where placement drives are not an exception, but an almost round-the-year rule. 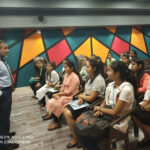 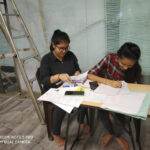 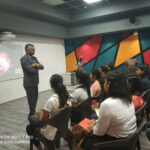 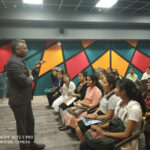 Another unique feature of BESC that needs to be mentioned in the same breath is that it is perhaps the only institution of its kind where demand from the industry for placements far exceeds the supply of students available, however strange it may sound to the uninitiated, especially in these days of rampant unemployment. “The reason behind this is two-fold” said Prof Dilip Shah, the Dean of Student Affairs of the college, “most of our students do not opt for immediate placement as either they seek to pursue further studies, or join their own businesses, or float their own start-ups which create supply constrains while the demand pull is increasing by the year as satisfied employers are joined by new organisations that want to staff their entities with BEites”.

The latest in the long list of initiatives was when Sandeep Lahra, the head of HR – ITC Sonar and ITC Royal Bengal visited the campus looking for candidates who have the flair and the perseverance for the exacting careers that the hospitality industry has to offer. “The fact that the Head of HR himself was leading the scouting operation says volumes” said Prof Minakshi Chaturvedi the head of the Placement Cell of BESC, adding “it was indeed a matter of great pleasure to the college that our students have been able to create such a name for themselves”.

The selection process comprised of two rounds – in the first the students were exposed to a group discussion, while in the second the shortlisted students were individually interviewed by the ITC team. Six students were selected and the ITC team expressed their satisfaction at the general proficiency of the students who were found to be excellent material and in possession of the core capabilities that are required for successful induction into the ITC team.

(This report has been filed by Nikita Mittal along with camera person Shovik Das of the Expressions Collective of the BESC. Vedika Luhariwala and Jinal Shah were the student co-ordinators for the event.)