January 27th, 2020.Society Hall. Not it is not a big fuss that is all in the air anymore: Air pollution in India is a serious health issue a silent killer, that except for some weirdos in the social media, not many are worried about. For those in denial, here is a cuter little piece of statistic – of the most polluted cities in the world, 22 out of 30 were in India in 2018. As per a study based on 2016 data, at least 140 million people in India breathe air that is 10 times or more over the WHO safe limit

Air pollution contributes to the premature deaths of more than 2 million Indians every year according to one estimate. Emissions come from vehicles and industry, whereas in rural areas, much of the pollution stems from biomass burning for cooking and keeping warm. In autumn and winter months, large scale crop residue burning in agriculture fields – a cheaper alternative to mechanical tilling – is a major source of smoke, smog and particulate pollution. India has a low per capita emissions of greenhouse gases, but the country as a whole is the third largest greenhouse gas producer after China and the United States.

The Air (Prevention and Control of Pollution) Act was passed in 1981 to regulate air pollution but has failed to reduce pollution because of poor enforcement of the rules.

The Bhawanipur Education Society college (BESC), which has always been in the forefront in discussing issues that concerns all, took up the issue of Air Pollution and ailments caused by it in a workshop that was attended by a battery of high profile speakers including Dr Dipanjan Majumdar, Head NEERI; Dr Kalyan Rudra Chairman WBPCB; Ashirbad Snehdeep Raha, EPIC under the University of Chicago, USA, Ajay Mittal ACTS, Kolkata Clean Air; Dr Suman Mallik, Clinical Director NS Hospital, Howrah and Dr Sanjukta Dutta, Consultant and Head (Emergency Department) Fortis Hospital Kolkata.

The speakers highlighted the woefully cavalier nature with which both the Government and the people at large approach something as serious as air pollution and rued the complete lack of awareness about the issue. They thanked the college for providing a platform as the need of the hour is to create awareness about air pollution and related issues, especially among the youth and hoped that members from the two hundred strong audience will help them spread the word so that at the least, the dangers posed before them are identified only after which talks of addressing the malaise or of taking steps towards mitigation would have any meaningful effect.

The audience was very receptive to the points that were made and when the session was opened for questions from the floor, many pertinent questions were raised by the students. The speakers not only answered each question with the seriousness they deserved, but actually pointed out their appreciation of the fact that such questions were being raised and hoped that the ripple that the event had created on the surface will slowly move out bringing in within its folds more and more young people. 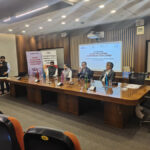 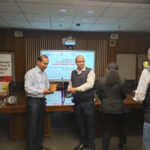 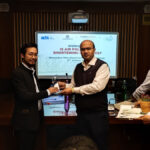 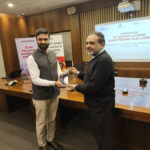 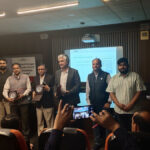 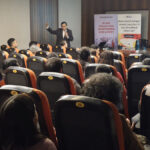 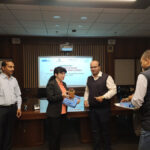 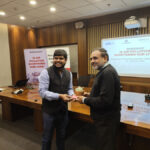 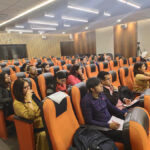 This report has been filed by Kishan Bagaria along with camera person Shovik Das of the Expressions Collective of the BESC.