Placement Hall. January 6th and 7th, 2020. Ernst & Young – EY is a multinational firm, offering a host of professional services, headquartered in London, United Kingdom. As a provider of professional services, it is amongst the biggest in the world and needs no introduction. Suffice to say, it is one of the Big Four accounting firms (the others being Deloitte, KPMG and PWC) and provides assurance (primarily financial audit), tax, consulting and advisory services to its clients. As is the norm in the segment, EY too has expanded into markets adjacent to accounting and now covers strategy operations, HR, technology and financial services consulting. 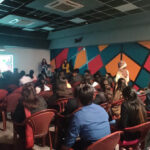 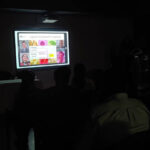 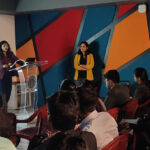 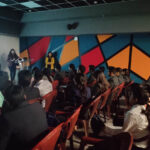 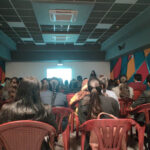 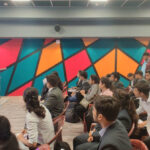 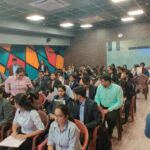 What is important in the context is the fact that EY has been consistently ranked as one of the best organisations to work in and a placement in its hallowed folds is considered to be an achievement of sorts by those in the workforce seeking engagement.

It goes without saying that EY recruiters visiting any campus, anywhere in the world to interact with aspiring candidates and make selections for filling in their ranks is huge thing. And the Bhawanipur Education Society College (BESC) is naturally justified in being proud of the fact. However, what made the placement drive even more exciting for the BESC was the fact that EY chose the campus as the home turn to sample students from other institutions as well – letting BESC have the pleasure of playing the indulgent host.

Prof. Minakshi Chaturvedi, coordinator of the Placement Cell of the BESC who coordinated the EY placement drive explained saying that students from JD Birla Institute, Scottish Church College and Calcutta Business School were also given the opportunity of meeting the recruiters from EY. As many as forty-eight participants (including students from other colleges) appeared for the selection session.

“The selection process comprised of three rounds and all the students – both from the BESC and the guest colleges were first given an online test, which was followed by an interview conducted by representatives from the EY HR team. After these elimination rounds, the remaining students were exposed to a technical interview round where the depth of their knowledge and aptitude for the posts that were sought to be filled was tested. Needless to say, the norms were not only stringent but also exhaustive.”

Ten students from the BESC were shortlisted, from which four have been selected while the others have been kept in abeyance.

(This report has been filed by Dhanraj Khaitan along with camera person Anurag Sengupta of the Expressions collective of the BESC. Vedika Luhariwala and Rohit Walia were the student coordinators of the event).