For the first time a theatre workshop was conducted under the platform of AIM (Arts in Me). It was one of the most awaited workshop in which drama teams from various prestigious colleges like St. Xavier’s College, Shivnath Shastri College were invited. The guest faculty were Mr.Debashish Sen Sharma(a renowned theatrician and Ad film Maker) and Mr.Zahid Hussain (a renowned theatrician).

In the first session of the first day Mr. Debashish Sen Sharma was invited as the guest faculty. Mr.Debashish is a renowned theatrician and director of Tollywood movies. He interacted with students and explained that every individual is inherited with certain qualities both negative and positive. Every individual needs to get acquainted with our own self before portraying any character in a play. He explained the students that one needs to be aware of their inhibited creations to create a new aura. Students were also taught voice modulations and coordination skills.

In the second session Mr.Zahid Hussain a renowned theatrician who dropped out college to pursue his passion turned up to interact with students. He helped students in enhancing their reflexes, voice modulations, reactions and memory.

In this session Mr.Debashish asked the students to play a game in which they were asked to relate themselves with the things around them and state one similarity and dissimilarity amongst them.  Mr.Debashish taught about the mirror image by instructing students to react as of their co-mate, this would show the power of reflexes and increase in co-ordination in them.

In the second session on the last day Mr.Zahid took over the stage and explained the power of team work and co-ordination. He threw light on the facts of theatre and how to control our reactions in various situations. Later he ended the session by explaining how to read a script and to react on it. 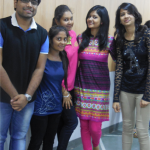 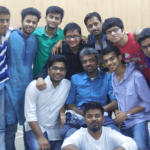 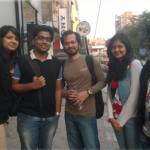 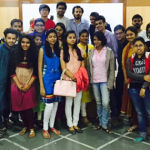 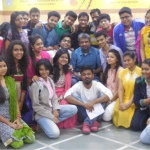