Communique is the celebration of word: written or spoken. The Bhawanipur Education Society College (BESC) celebrated the sixth edition of the biggest college fest dedicated to the art of wielding the word, spoken and written – Communique 2018. The day long festival celebrates the lustrous and lucid world of literature and is one of its kind in the College Fests Circuit of the city, for which participants rising above loyalties to their respective colleges continue to pine. 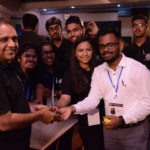 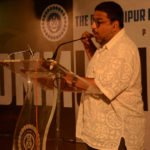 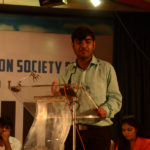 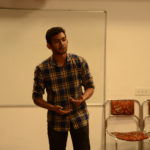 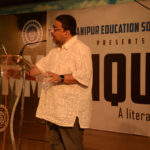 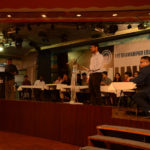 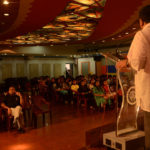 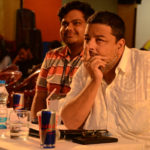 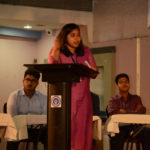 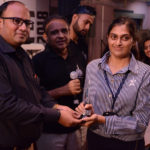 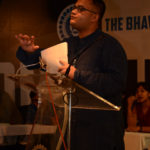 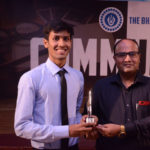 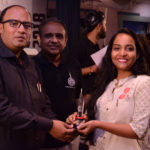 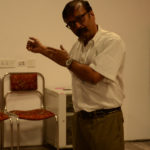 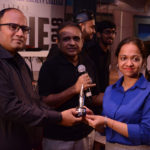 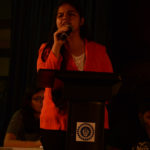 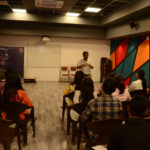 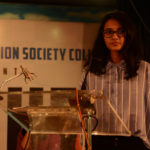 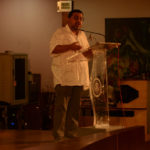 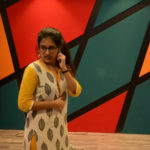 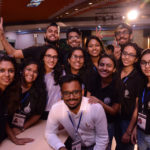 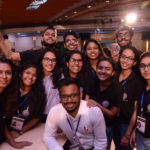 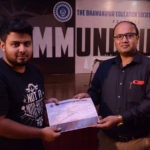 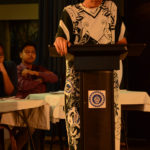 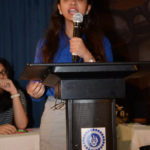 The inter-college fest witnessed the participation of 200 students representing 11 colleges (JDBI, Shri Shikshayatan College, Loreto College, St. Xavier’s College, St. Xavier’s University, Surendranath Law College, JU CMS, DU, JCC Law College, iLead College apart from the hosts, BESC), who stressed their brains and showcased their oratory, linguistic and writing skills. The event started off at 9:00 am at the Convergence Hall with a heart-warming welcome speech by The Dean of Student Affairs of BESC – Prof Dilip Shah. This was followed up by topical but moving speech by our guest faculty Pranab Mukherjee, a media analyst, knowledge resource, curator and a performance consultant. He has been a part of communique since its inception and has literally been the guiding spirit, to whom the credit of making Communique the raging hit that it is today, is due. He also guided the students on how to be a good orator, rueing the falling standards of Kolkata’s oratory skills especially considering the fact that once the city was known as the home of the finest exponents of the art of debating.

The first event that was scheduled was the Communique debate which goes by the name ‘The Controvert’. The debate started on a high note with opponents brainstorming and putting their best arguments forward. It was judged by Pranab Mukherjee, who made all the difference with his enlightened quips and often stepping in to hand hold the young participants towards a logical conclusion of what they meant to put forward. Team DU was awarded the first position, with Team BESC and Loreto House emerged as the First and the Second Runners up respectively.

The next event was Inquisitive which is the other name for the Communique Quiz. It was held in two rounds, first there was GK test. It had 10 colleges participating and the second round was a buzzer round comprising of the 5 teams that survived the GK round and had made it to the buzzers. Pranab Mukherjee judged the event, which reached a very high level in terms of content and witnessed some extremely spirited performances with the audience chipping in with valuable answers when the questions were thrown to the floor. JCC Law College triumphed over St. Xavier’s College, the first runner up. Loreto College was declared the Second Runners up.

A group discussion round is ideally conducted in order to understand a candidate’s interpersonal skills. At Communique, this life skill is honed through participation and participants have been known to get invaluable insights, especially considering the quality of people conducting it. In Group Adda, each participating college is represented by one student. This year the students were asked to present their ideas on social media being a boon or bane. The judges, Prof. Ajay Pathak and Shahida Hussain apart from identifying the winners, imparted lessons on how to score points in GDs. The winner of the event was Sudarshan Modi of JUCMS. Muskaan Kedia of BESC was announced the first Runner up. The Second Runner up position was held by Harshita Tibrewal of JDBI.

The next event, Block and Tackle is a break from the conventional form of debating. Here, one needs to speak both for and against the motion. Participants start off speaking for the motion and when the moderator says ‘block’, they have to reverse your motion. ‘Tackle’, in the context would mean to return to the original motion. 11 teams of 1 member each participated in the event representing 10 colleges. JUCMS represented by Sudarshan Modi triumphed over Srija Pal from JDBI, the 1st Runner Up. The Second Runner up position was held by Muskaan Kedia of BESC.

The 11 participants from 10 colleges who took part in the Quill were asked to frame their thoughts on a given topic. The Dean of Students Affairs of BESC, Prof. Dilip Shah, took the responsibility of judging the event. Unfinished Comma is a Sentence; Pause, Repeat, Restart and Paradox of Paradoxes were the three topics that were set out before the students to write on – no mean task by any standards. That most of the participating students took the challenge and surpassed the expectations, by far, was an achievement in itself.

Ramsha Rahman from BESC emerged victorious while Pranit Biswas from JCC Law College was adjudged the 1st Runner up. Prachi Baid from JDBI was the second runners up.

The Thinking Hat, is the Communique extempore. The topic was discussed on the spot by the judge. Each college was allowed to field only one participant and was given 30 seconds to think on the topic with 2 minutes to speak.

The event was judged by Pranab Mukherjee, an ace speaker and a veteran of many such events both as a participant and a judge. Shreya Goyal from Loreto College emerged victorious while BESC was adjudged the 1st runners up. Radmika Purohit from Delhi University was the second runner up.

The next event, newspaper designing stressed on the design element as the participants were asked to create the front page of a newspaper. The event was judged by old news hand Chawm Ganguly. Ankita Ghosh and Udayan Mitra duo from iLead College bagged the first position. The slot for the first runners up was taken by Prachi Baid and Varsha Agarwal of JDBI while Upasya Bhowal and Abhinav Patodia were jointly adjudged the Second Runner up.

Nine participants from nine different colleges fought it out for the crown of the Communique reporter’s hall of fame. The event was judged by Chawm Ganguly. After a soild dose of event reporting, Sayendra Basu from St. Xavier’s College bagged the winner’s slot. The 1st Runner up was Shreyashi Chakraborty from JCC Law College, while Sanskrity Purohit from JDBI was adjudged the second runner up. The high point of the event was achieved when Chawm Ganguly asked the participants to judge themselves and identify the winners, after pointing out the key points – both positive and negative – in the performance of all those who participated. The results that emerged reinforced the spirit of participation, triumphing over that of a desire to win at any cost, which is the common thread that binds the Communique together.

Corporate interview was another attractive event of the fest. Eleven participants from ten different colleges left no stone unturned to triumph over the others. Shahida Hussain, who is a known name in the corporate world was the judge of the event. Vedant Dugar from iLead was just too good for the competition. Hrithik Modi from St. Xavier’s College bagged the 1st runners up slot and Arubdhati Biswas from Loreto College was awarded the position of second runner up.

Coming to the last event of the day, JAM and Verteez. JAM puts to test one’s proficiency in English along with the knowledge of grammar. Whereas, Verteez is the classic old word game. It is left up to the moderator to decide the number of rounds. Two participants from each college constituted each team with Pranab Mukherjee taking the position of the moderator. The event was won by

BESC. St. Xavier’s College, Kolkata was adjudged the first runner up with JDBI emerging as the second runners up.

After a hectic and thoroughly exciting day’s event, the winners were acknowledged for their excellence in their respective events. BESC emerged yet again as the overall champions and iLead and JDBI took the first and Second runners up positions respectively.

Prof. Dilip Shah Dean of Student Affairs of BESC, who has originally thought up about the event while mulling over a cup of coffee six summers back, shared the thoughts that had led him to start the maiden edition of the Communique and the distance that the following chapters have traversed before pulling the curtains on the event with promises for new prospects for the coming years not before thanking all those who have worked hard to make the event the success that it was.