On 19th of July 2022, The Times of India had organised for the first time ‘Knowledge Carnival’ at Hotel Hyatt Regency in Kolkata. The focus of the carnival was ‘East India’. A number of institutions had been represented by way of stalls, standees and other promotional materials which were all showcased in a hall for the benefit of all the students and teachers who could see the best practices in the field of education. Students from high school, undergraduate college, postgraduate colleges, teachers, parents, and the organisers largely formed the audience. The Bhawanipur College also had an impressive stall at the entrance of the exhibition. The backdrop of the stall showcased various activities in which the students could participate in various verticals of the college. At the table some of the awards of the college were displayed and, in the stall, literature was available about various courses of the college and various other activities. All those who attended the exhibition made it a point to be present at our stall and they asked several questions to the students who were at the stalls, our students were happy to answer the queries. 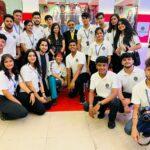 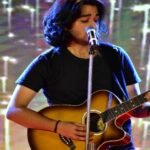 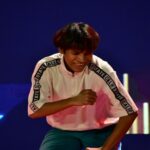 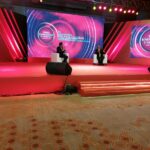 About 20 students from the college along with faculty Divya P Udeshi had gone for the event, many of them attended the stalls, many of them participated in the seminar and two of them also performed at the event. The performers were Devang Nagar and Deven Khadka. Devang sang a beautiful English number and Deven performed, right at the opening, a dance sequence which he had himself choreographed. Apart from these two performers there were around 10 performers from other colleges and schools.

The event had started at 12:30 pm with the Deputy Head of Mission at the British Deputy High Commission, Yemi Odanye giving the inaugural lamp which was lit and then he spoke to the gathering. He highlighted the higher education in England followed by whom was Prof. Alok Kumar Bose from IIM (Calcutta) who spoke about the future of education, it was largely appreciated by one and all after which after which we had Prof. Dilip Shah’s session in which he was interacting with the host, Mr Anuj, a number of questions were asked from the audience as well as the host which were well answered and admired by the audience by way of intermittent applause. The program went on to various people who spoke, and many performances were there on stage. Finally at the end facilitation took place. Our students Deven and Devang were given certificate of appreciation along with other performers. 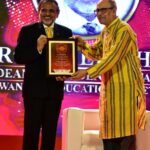 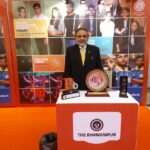 Finally, for ‘Outstanding Contribution’ in the field of Education, 8 people were felicitated by writer and poet Shirshendu Mukhopadhyay. Our dean of student affairs, Prof. Dilip Shah was also aptly facilitated, and the event ended with everybody leaving for the college very happy, with a day well spent. The behaviour of the students was excellent, their answering of the questions at stall was also amazing and the organisers felt that Bhawanipur College had made their presence felt.