Art with the written word

Placement Hall, November 19th 2018. The Bhawanipur Education Society College (BESC) is known for its affinity for the written words – words that touch the heart and transform. Naturally, events built around poems, their creators and other forms of writing are organised in regular intervals to the delight of the students, often taking the guests by surprise with the sheer participation and enthusiasm of the students. 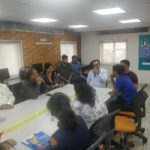 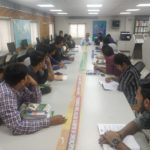 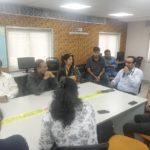 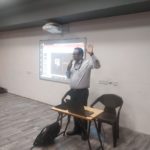 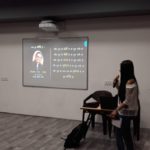 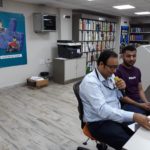 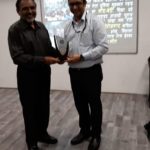 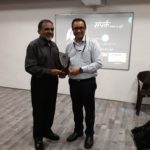 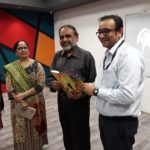 As a part of this lyrical tradition a Workshop was organised where to leading poets – Trilok Pandey and Aravind Agarwal were invited to unveil the secrets of their craft. The guests were welcomed and felicitated by Prof Dilip Shah, the Dean of Student Affairs of the BESC and an accomplished man of letters himself. Dr Divyesh Shah the Head of the Commerce Department (Morning) of the college and Prof Minakshi Chaturvedi were also present on the occasion.

Prof Pandey is a teacher at the Calcutta Boys School, while Aravind Agarwal is a professional Chartered Accountant by training, but a poet by choice. Both have a number of critically acclaimed, published works to their credit and are among the most celebrated wielders of the pen in the city.

The speakers, dipping into their experience as writers, as poets, talked at length, addressing the concerns of those who want to connect the dots between the thoughts and the souls. They were also extremely encouraging and answered many of the questions that plague young minds as they take up the pen. Concerned were metered, rhymes were set and poems were read out, urging the faithful to poems. In all, it was an extremely helpful workshop, especially for those wanting to strike out, pen firmly in hand.

This report has been filed by Harleen Kaur of the Expressions Collective of the BESC.