On 6th August 2018 the Bhawanipur Education Society College had arranged “Common Proficiency Test” (CAPT) for the students in their respective classes at 7 am. It was open to all the students of 1st, 2nd and 3rd year. There were 18 sections in the OMR sheets and each section comprised of 40 questions and total time allotted was 40 mins. Over 1400 students participated, out of which 75 students were selected for the Intra College Accounts Olympiad. The Olympiad was mainly framed for motivation and to maintain competitive spirit among students. Students were informed that all participants will be given a certificate of participation and the top 40 students will be taken to Taj Bengal while the top 10 students will be awarded with prizes and the remaining 30 students will be given consolation prizes.

On 10th August 2018 the top 75 students appeared for the Intra College Accounts Olympiad in the New Concept Hall from 10:30 am onwards. The students were divided into 12 teams before hand and the placement was done accordingly. The Olympiad was inaugurated by Prof Dilip Shah , the Dean of Student Affairs of the college. He said that “competitions are supposed to be quick and participation regardless” and everyone should celebrate the inherent talent of accounting. 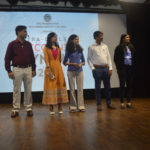 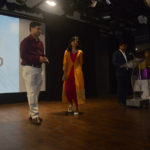 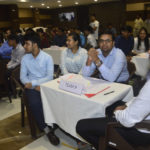 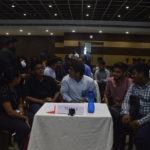 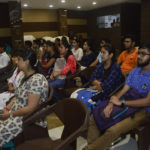 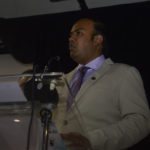 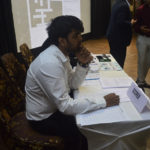 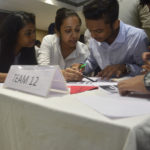 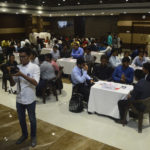 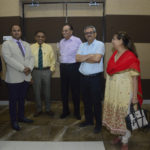 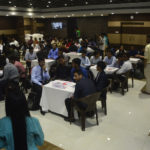 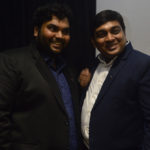 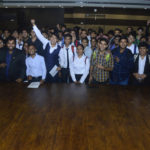 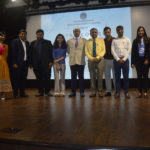 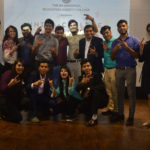 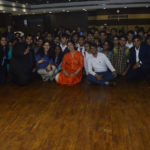 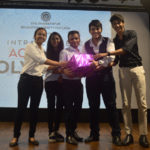 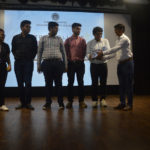 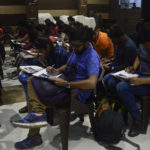 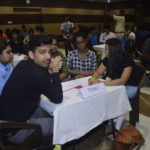 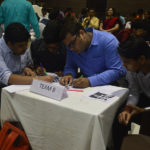 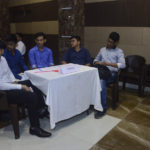 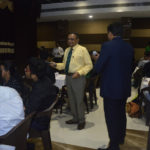 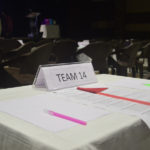 The Olympiad consists of 7 rounds and each round was conducted by the commerce department professors of the BESC College. Round 1 was the “crossword” round and it was conducted by Professor Mohit Singh. In this round each team was provided with the answer script and they were given 8 mins to complete the task. In this round Team 11 was placed first with 150 points followed by team 1 with 110 points then came team 4 which had earned 100 points.

Round 2 was “Jumble Up ” and it was conducted by Professor Ujwal Kakar . It was a buzzer round and every correct answer would give +30 and every wrong answer would charge a negative marking to the team.

Round 4 was “Current Affair” which was conducted by Professor Priyanka Kumari and by the end of this round team 14 and 15 were ticked off. The top 8 teams which made their place in the next round were teams3,12,4,10,1,7 and 9.

Round 5 was “Rapid Fire” and it was managed by Professor Mohit Agarwal. In this round there was one hot seat and one member from each group sat on it and answered all the questions in either yes or no. By the end of the round team5 and team 11 were eliminated and top 6 teams were teams 1,3,12,4,5,9,10.

Round 6 was “Pyramid” and it was conducted by Professor Preeti Modi and the final four teams to qualified were teams12,3,4 and 1 and teams 9 and 10 had to pack their bag and return back to the pavilion. The finale round, round 7 was “Case Study” and it was conducted by Professor Ankit Patwari .in this round each team was given a case which they need to solve and there were given a time limit of 6 mins to solve the case.

Team 12 was declared the winner of the Olympiad with 830 points which would proceed to Taj Bengal on 18th of august. Team 4 was the first runner up with 430 points and they were given the prize and the second runner up was team 3 with 760 points and they too were facilitated.

The event ended by the winning team sharing their experience and thanking everyone. The scorer for this event was Vivek Patwari.

(This report has been filed by Nikita Mittal along with camera persons Shreyanshu Mishra and Vishal Chajjer of the Expressions collective of the BESC.)