Pressure, history, rivalry and psychological edge – India vs Pakistan clashes on the cricket field are seldom just about the sport. On their 11th meeting in World Cups across formats, at the Eden Gardens in Kolkata on Saturday (March 19), the two teams had a lot to play for.

Thunderstorm and heavy showers that lashed the Kolkata city hours before the high-voltage India- Pakistan World Twenty20 clash subsided for an exciting game to be telecasted at the college Turf of the College with about 200 students cheering GO INDIA..!!!

With an electrifying Opening Ceremony with legends from the world of cricket such as Sachin Tendulkar and Imran Khan and Bollywood star Amitabh Bachchan added some extra stardust and also set the patriotic fervour by singing the National Anthem.

Pakistan were sent in to bat after India captain MS Dhoni won the toss and opted to bowl. Every bowl bowled & wicked taken by the Indian bowlers was applauded. The team managed to restrict them to a total of 118/5 after 18overs. Despite early fall of wickets, Yuvraj Singh & Virat Kholi steadied the innings & lead India to Victory. 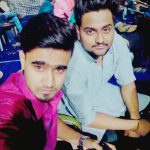 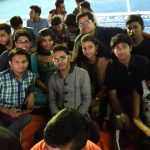 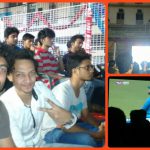 The students celebrated Indian Team’s Triumph & enjoyed the overall experience of live telecast at the college Turf. Also to be followed by the Finals too on the 3rd of April at the Turf. Don’t Miss the Excitement..!!!