With the flow of a variety of events came another big event in Bhawanipur College , ’Global Village ‘ in association with AIESEC, organized by the students of AIESEC Bhawanipur , Saharsh Agarwal and Pranat Bajaj. The grand event took place on August 21st, 2016 between 4pm to 8pm. This event was a big one as people representing 12 different countries were invited to the college for bringing diverse cultures together on one platform and removing the barriers between nations. 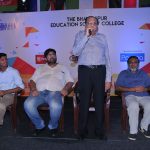 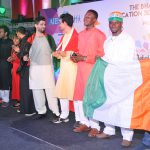 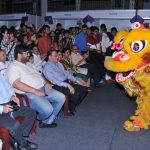 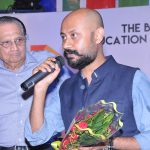 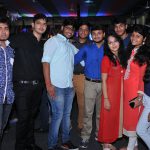 Global Village is an International Cultural Extravaganza organized by AIESEC and the students of Bhawanipur College. This event did not just help increase the bond between several nations but also between the college students and the AIESEC members. The event construction was eye catching.  14 stalls were put up each representing different cultures.
The event began with the host calling up on stage the Chairman of The Bhawanipur Education Society College, Mr.Champaklal Doshi , Vice Chairman, Mr.Miraj D Shah,  Dean of Student’s Affairs, Prof. Dilip Shah and the President of AIESEC, Siddharth. One after the other, the four most important contributors of the event came forward to give a prologue of the eventand highlighted its purpose. Their speech was really inspiring and encouraging for all the students present.
Soon after the 12 interns from Ghana, Kenya, Indonesia, France, Taiwan, Italy, Afghanistan, Egypt, Tunisia, China were introduced and called up on the stage. It was wonderful to meet people from different countries on one platform and to be able to see them interact with the college students. “The love and effort they put into the event ended up making it a big success“, said a volunteer.

This introduction ceremony was followed by songs sung by the college students. Followed by, “the dragon dance”, the traditional dance of the Chinese. The stage looked really colourful with the props and the costumes and of courses the lights. The Dragon Dance is rare to see so it brought more enthusiasm and excitement among the college students. Finally, after a list of performances, the students also got a bright opportunity to interact with the chief guest fashion designer Arnab Sengupta.
Altogether, the event was delightfully organized by the students and got great feedbacks from the chief guests.”The event was worth sponsoring for.”, said a sponsor. Therefore it was an amazing experience.

By your correspondent,
Sakshi Shaw