The auspicious occasion of the 74TH NCC RAISING DAY was celebrated at The Bhawanipur Education Society College first time ever on the 28th of November, 2022 with great enthusiasm and exuberance. The event was graced by the presence of distinguished Army Personnel including the Commanding Officer 31 Bengal Bn NCC, Colonel Somnath Gupta, Major Samar Pratap, 4/9 Gorkha Rifles and the Commanding Officer No 1 Bengal Air Sqn, Group Captain Vishnu Sharma. 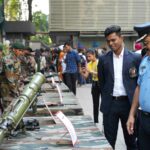 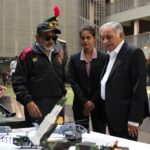 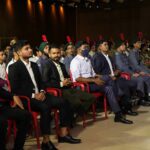 After a short introduction on the National Cadet Corps filled with josh, the event was inaugurated by the lighting of the lamp, which set the tone for a prayer dance by our students, followed by a recitation of a poem composed by Cdt Aditi A Sanjay and Cdt Rohit Dubey, titled – “CADET KI ABHILASHA”, Then the FLAMES Collective came over to pay tribute to Mother India. Students of the Crescendo Collective jammed for a while and lifted the mood up with a melodious retro medley. This was followed by an amalgamation of different dance forms and cultures pan-India, put to life by the NCC cadets demonstrating “EK BHARAT SHRESTH BHARAT”. Acknowledging the efforts of our cadets who recently performed wonders in the ALL INDIA VAYU SAINIK 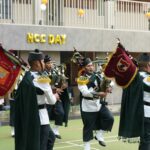 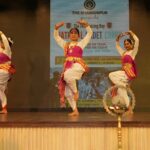 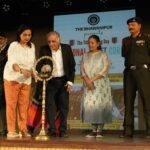 Cadets who participated in CAMP’22 held at Jodhpur, Rajasthan, were felicitated with a Letter of Appreciation by the guests. It was awarded to CWO Sneha Sethiya, CWO Shashank Shekhar Tiwari, C/SGT Sabiha Noor, C/SGT Rahil Haque, LFC Muqaddas Bin Nasir and Cdt Rohan Singh Chawla. In turn, Dean Sir took the opportunity to thank the respective guests by presenting them mementos. With a few words of immense motivation by Colonel Gupta followed by the cake cutting ceremony, we marked the end of the on-stage celebration. 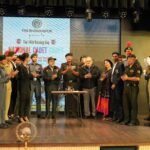 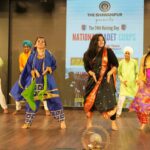 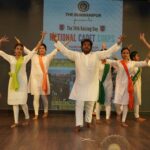 Everyone was then guided towards a spectacular band performance by the INDIAN ARMY BAND followed by a display of WEAPONRY USED IN MILITARY COMBAT along with an aeromodelling display by our Air Wing Cadets The soldiers of the 4/9 Gorkha Rifles Regiment took it upon themselves to guide the students and faculty of both The Bhawanipur school and college, on the use and make of the weapons, which thrilled every person that walked by. The whole exhibition was open for not only our school and college students but also other colleges affiliated with NCC units.

The NCC DAY celebration was thoroughly enjoyed by the audience and it was indeed a successful one. The arrangements and efforts of the cadets were highly appreciated by all the management and faculty members.