Satyajit Ray as a cultural icon needs no introduction. A multifaceted talent, he is rightly credited for putting Indian cinema on the world map. To commemorate his birth anniversary, The Department of Film Studies, in collaboration with Lumière: The BESC Film Club, and IQAC organized an event titled Celebrating RAY: Screening of Devi (1960) and Discussion, on 6th May 2022. The event was conceived to be in two parts. The first session was to comprise of a screening of Ray’s 1960 film “Devi”, held in the Society Hall in college itself from 3 pm. The second session of the event was planned as an online discussion held on Google Meet from 8 pm. 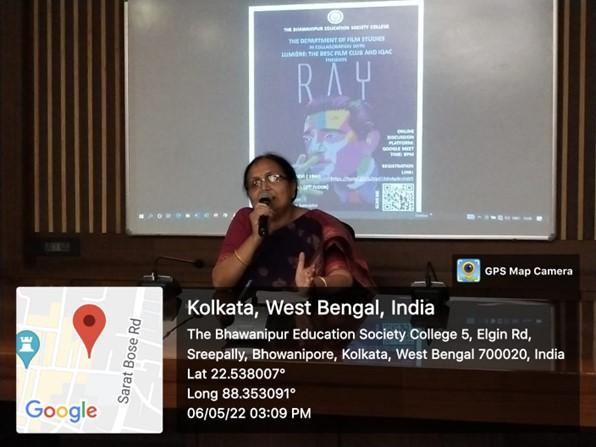 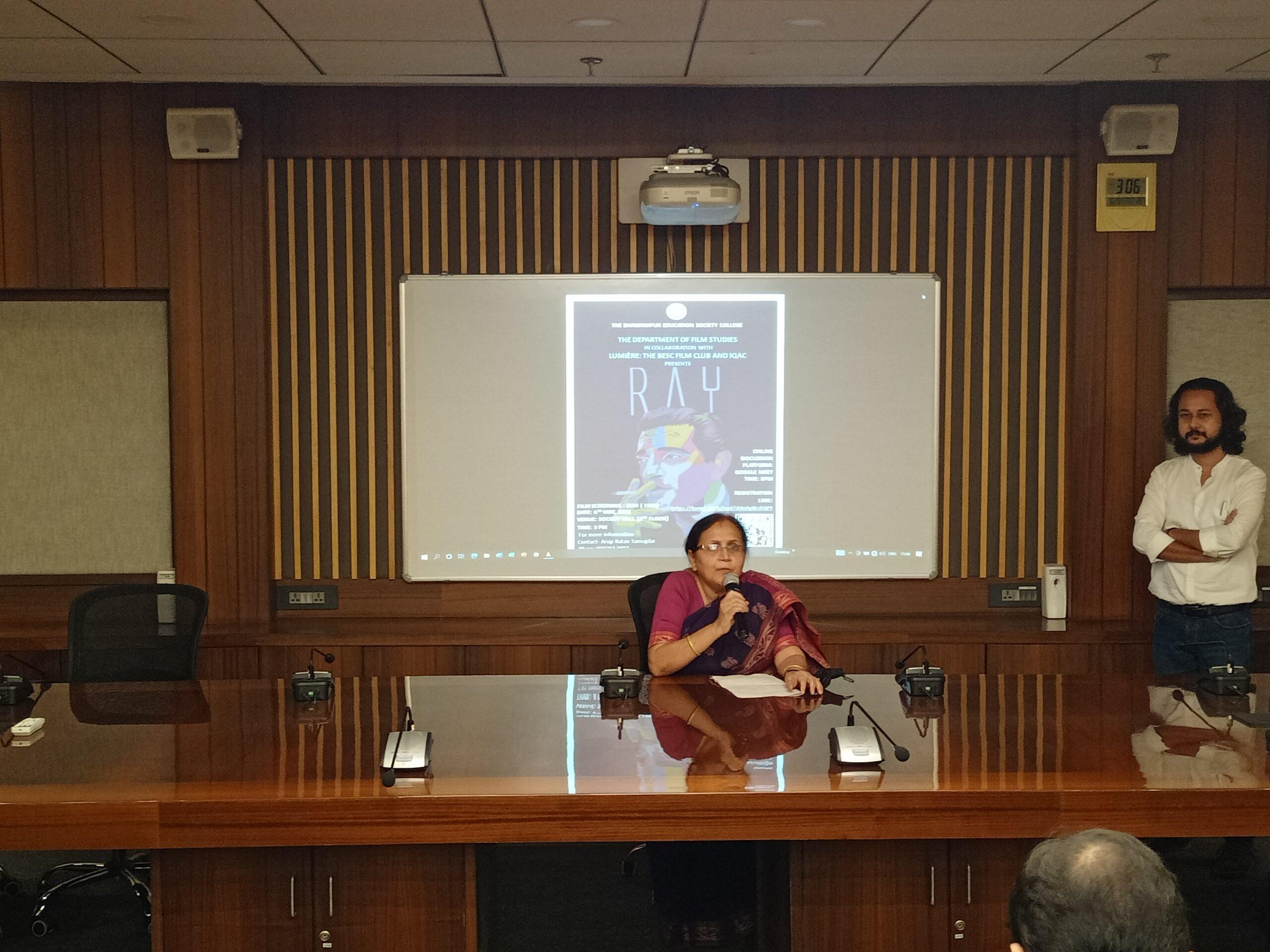 The first session was convened by Mr. Arup Ratan Samajdar of the Film Studies department, who delivered a welcome note. Prof. Debjani Ganguly, Vice Principal, Arts delivered the inaugural address. Prof. Ganguly’s insightful and encouraging words were eagerly and enthusiastically received by everyone present. She not only congratulated the department, but also emphasized on the significance of serious engagement with cinema, particularly in the context of today’s saturated media ecology. She further pointed out the importance of the activities of film club, and in the process reminded everyone of the role played by Satyajit himself in setting up and running such film club activities in Kolkata since 1940s, and how it contributed to shaping the political and cultural landscape of the city. Following her address, the screening began, and it continued without any glitch, which was attended by students, teachers, and Vice Principal. 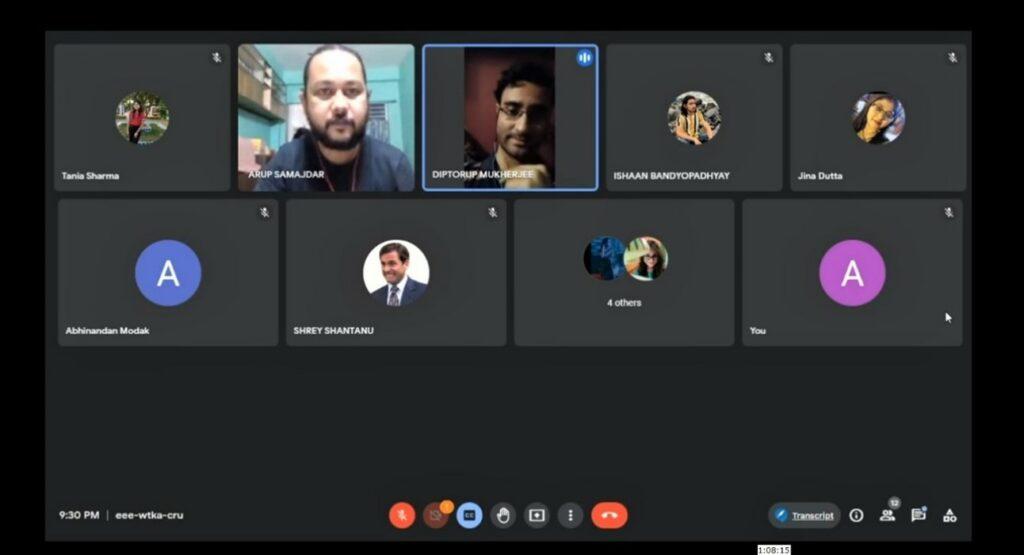 The second session commenced sharply at 8 pm. Mr. Arup Ratan Samajdar initiated the discussion by presenting a brief reading of the film. The conversation was soon picked up by students resulting in a rich discussion and detailed analysis of the film. The concerns being raised and debated ranged from aesthetic to thematic. The questions of 19th century enlightenment, the debate around women’s education and empowerment, patriarchal notions of sexuality, were among those which were heavily debated and commented upon. The session went past the stipulated time primarily because of the passionate participation by the students, before Mr. Samajdar had to step in and bring the discussion to a conclusion. Mr. Soumya Ganguly of the Department of Film Studies delivered the vote of thanks to bring the event to an end. 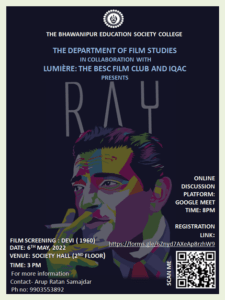 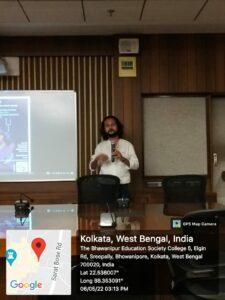